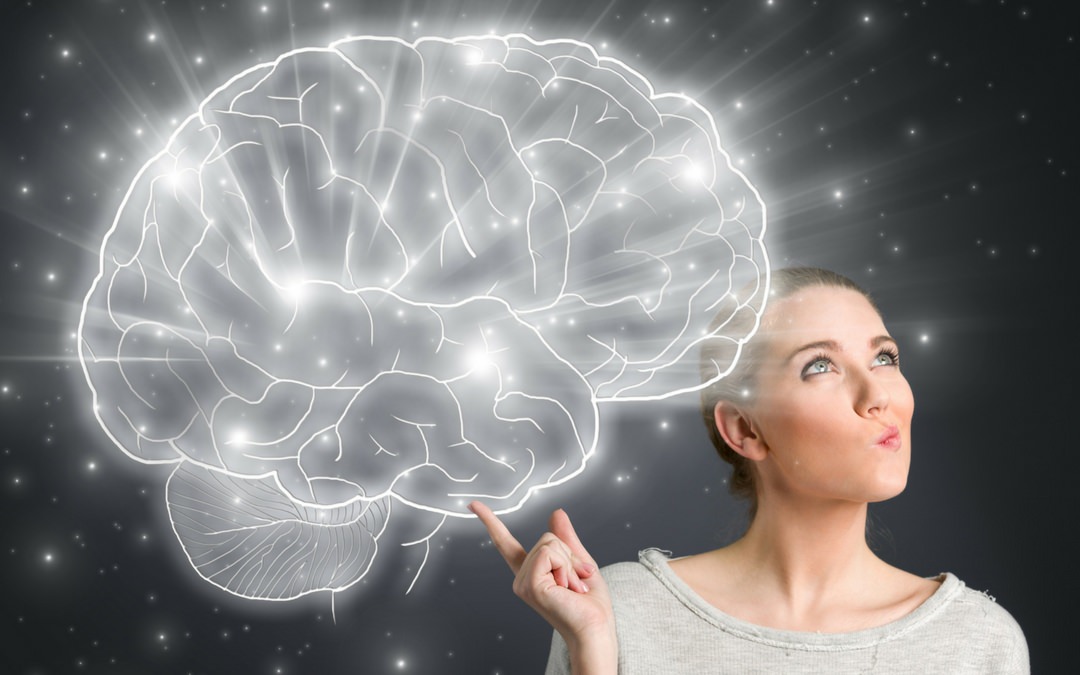 We’re going to let our company founder and President/CEO, Larry Van Iseghem, address this one:

What is a coating? As I guide my technical team, I begin by introducing the concept of “coating” as both a verb and a noun.

This fundamental understanding of the term “Coating” is essential when engineering a coating for a specific application and anticipating how the coating must work in a synergistic manner when used in a specific process. This synergy is what I term, “Chemechanical” and must also take into consideration the individuals responsible for controlling the coating process. When solving coating related issues, it is always important to factor into the solution people, process and chemistry – the chemechanics.

Lastly, for this posting, I’ll leave the readers with one more thought regarding coatings the serves as the starting point of any consideration of what a coating may exhibit upon a substrate or surface.

The first impulse people have at this statement is, “Obviously!”  But think for a moment. We are often confronted with strange behavior seen in the application of a coating.  It may be fish eyes, unusual defects, flow issues, gloss variations, or any number of unusual effects in or on the surface of an applied coating. Why? My recommendation is to always remind yourself first that a coating has no brains.  The coating cannot decide to do something on one region of a surface and something else on another. It can’t do something on one part and something else on another part when they are presumably identical. When these phenomena occur, it is often a rapid rush to judgment that the coating is at fault. Reminding yourself that the coating cannot decide, and this will guide you to focus on the true nature of the problem.

Importantly, there are times where the coating is at fault.  These circumstances usually show that the problem is randomly distributed across all areas of the surface. The indiscriminate occurrence of the defect is a sure sign that further examination of the coating is warranted.  Understand that it doesn’t imply that the coating is the faulty factor only that it may be and should be further investigated.

I hope this has been fun and insightful and look forward to providing additional posts in the future. 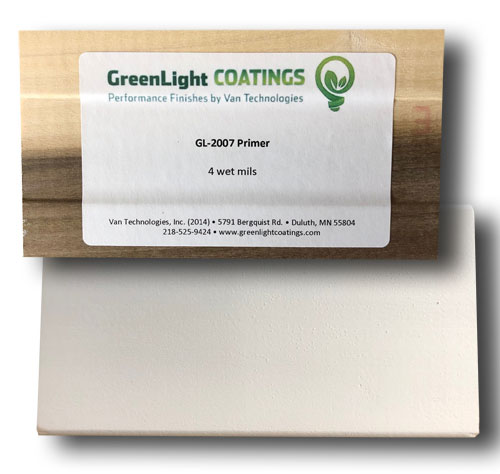 Eliminate the Variability With A Quality primer

Sometimes you want to accentuate the natural beauty of wood, and sometimes … Not. GreenLight® Coatings quality waterborne primers offer superb coverage and hide in a single coat. Beautiful on MDF, Pine, Poplar & more. Waterborne and UV curable – custom formulations for your application.

Learn about what makes our Primers special and how it can save you time & money. 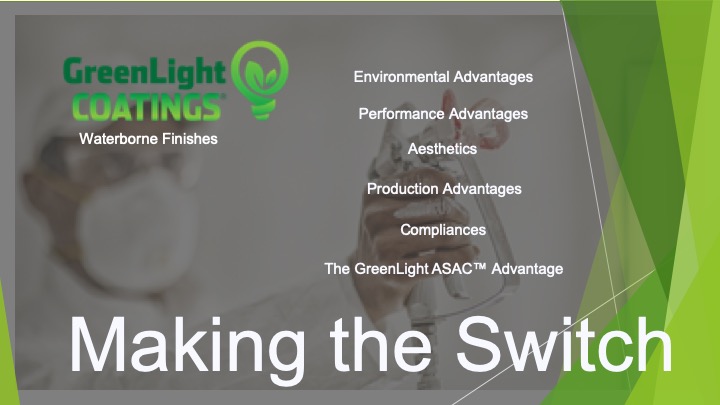 Learn about the Advantages of GreenLight Coatings® Waterborne Technology vs. Conventional Lacquers, Conversion Varnish & 2K Systems. Better for the environment and better for your business. 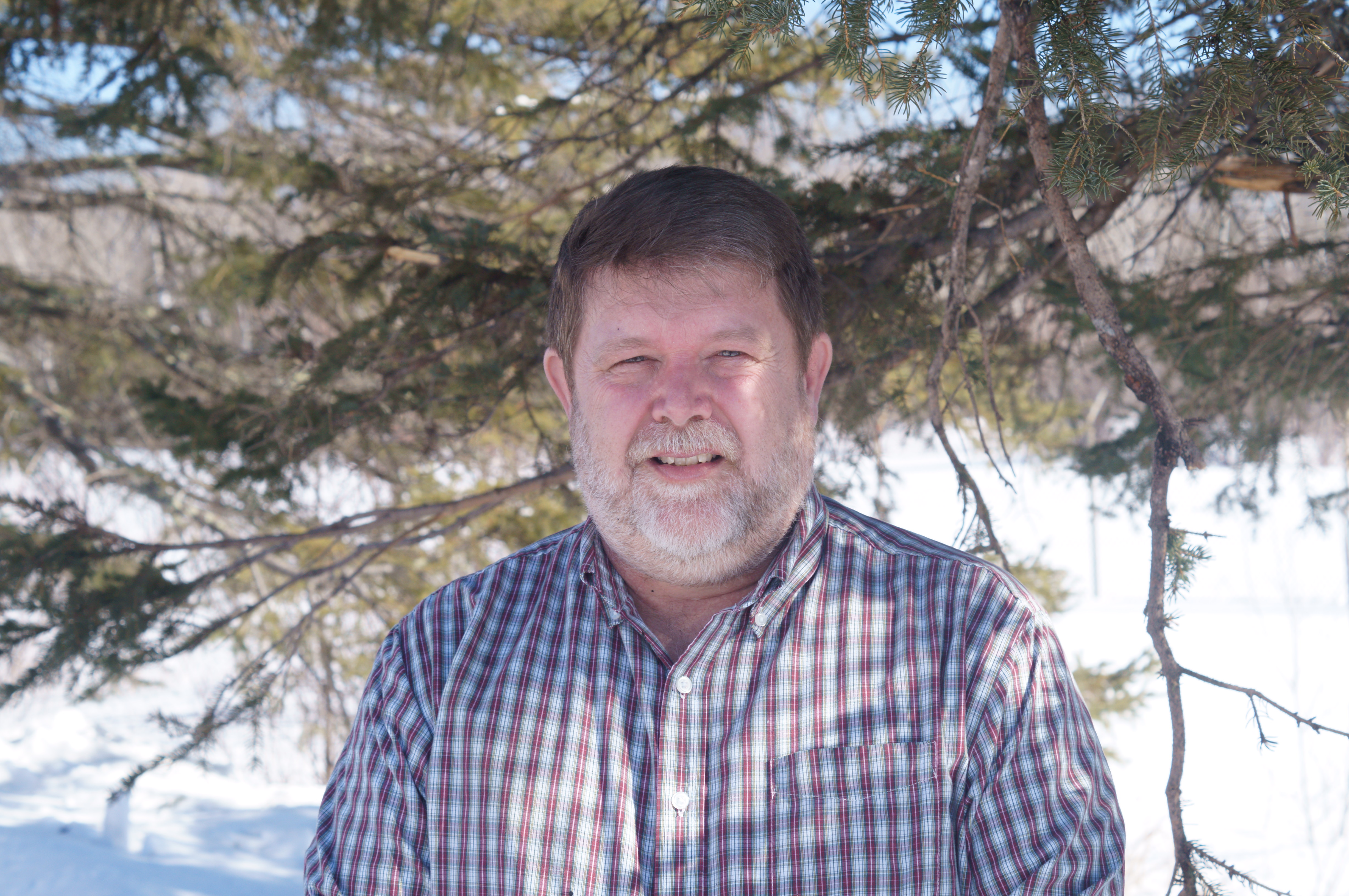 March 25, 2019 – Duluth, MN – Van Technologies, Inc., a developer of custom coating solutions, and manufacturer of the GreenLight® Coating brand of finishes has hired Greg Takes in the role of Manufacturing Manager.

Takes brings over 30 years of leadership in manufacturing to our Duluth, MN operations.  His experience in applying lean principles to optimize manufacturing performance while maintaining our strict quality and service protocol will prove critical as we continue to grow, states CEO Larry Van Iseghem.

Originally from the Midwest, Greg received his degree in Business Management from UNI, he has built a successful career in the Building Products Industry with a reputation for uniting his team with a focus on safety, quality, and efficiency.  He and his wife are excited to be reunited with their children and grandchildren in Minnesota and looking forward to taking advantage of all the sporting opportunities that the area offers.

Greg said, “I’m happy to be part of a family-run organization that puts quality and service as a top priority, and excited to help my team as we continue to grow.” 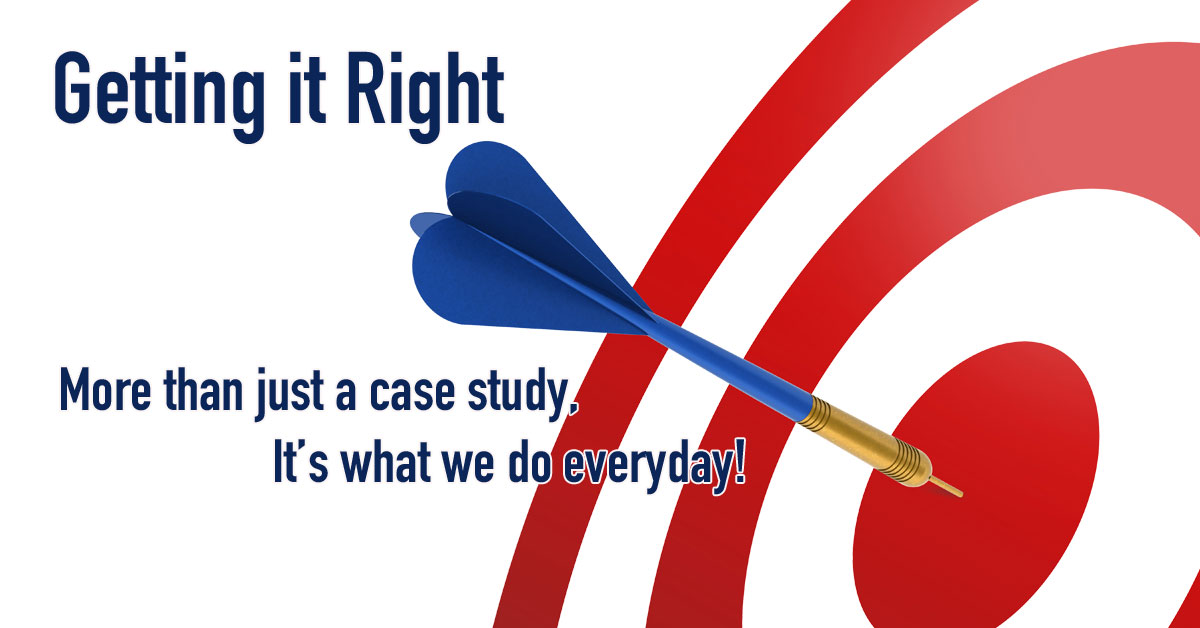 What would you say to paying 30% more for your waterborne primer and topcoat?  Most purchasing agents and COO’s would look the other way and continue on their current path.  What if paying 30% more would result in a 20% operational cost reduction?  You’d have to look twice at that proposition and likely with great skepticism.  Read on if you want to learn more.

Case studies are usually informative but are viewed as unique events that may not pertain to many beyond those directly involved.  When a case study is repeated many times, it’s no longer a unique event and really shouldn’t be considered a case study but that’s where we’re going to begin.  The event we’re going to share illustrates a process that has been repeated so many times for those seeking to simply get it right and achieve the success they’ve been targeting for years.

Van Technologies began a relationship with a very large wood component manufacturer as a technical resource.  They were experiencing great frustration with their current supply of waterborne primer and paint due to lack of viscosity control, out of specification color and gloss, slow drying with associated blocking of components, and other inconsistencies.  Furthermore, their current supplier seemed to lack the ability to correct these issues in a timely manner, if at all.  Van Technologies was asked to review the overall situation and to provide an assessment of the current state of technology.  The company simply wanted to know if they were expecting too much or, conversely not enough from waterborne technology.  A full process audit was made and it was concluded that the company should be satisfied with waterborne technology provided they identify a supplier with a primer and topcoat that provided the specified properties on a consistent basis.  Knowing that Van Technologies was an industrial coatings manufacturer as well as a technical resource, they asked if we had anything to offer.  We did, and we provided samples of our waterborne primer and topcoat.  A few weeks went by and the company called and stated that we seem to have caused some issues within their operations and it was necessary to meet face to face.

During the meeting, the wood component manufacturer was quick to point out that the issues they faced were based on a conflict within their internal operational procedures.  First, they are frequented by most every coatings manufacturer looking toward the opportunity to supply the company with primer and paint.  Second, they have an internal group seeking the best primer and paint in the industry with a mandate that if they find it, they must use it.  Third, they only work with recognized large industrial coatings manufacturers so as to avoid potential supply pitfalls should a small manufacturer fail.  They then declared that Van Technologies manufactures the best primer and topcoat they have ever tested and it prompted many repeat tests to confirm consistency.

To Find a Solution is to Compromise

The wood component manufacturer had and continues to operate multiple facilities internationally.  It was decided, pricing aside, to carve out a slice of their operations and dedicate it to our primer and topcoat.  If the system proved effective, another slice would be allocated, followed by another whereupon sufficient experience would be obtained to provide the “strategic comfort level” to management.  Van Technologies was strongly advised to “take care of each slice” and good things can happen.

This compromise permitted the company’s internal conflict to be resolved and permitted an effective series of production trials of what confirmed to be the best primer and topcoat system they’ve ever observed.  In the background, however, was the short-term goal that, once the system proved itself, pricing could be renegotiated to more closely match what they had been paying for coatings from the previous supplier.

The initial “slice” of business consisted of a very professional finishing operation that processed approximately five million lineal feet of components or moldings per year.  Management of the facility was obviously skeptical as they mentioned more than once, “We’ve been down this road before” but they nonetheless complied with corporate’s instructions.  This is a situation that is very familiar to most all industrial coatings manufacturers.  The introduction of a new coating is usually met with reluctance as past experiences don’t usually produce the desired level of overall performance.

The implementation process began by thermal profiling of both IR ovens followed by the necessary adjustments to make sure the conditions would accommodate the drying process of the primer and the topcoat applied.  Optimal spray gun tips and air caps were installed and primer and topcoat fluid and atomization air pressures were established to deliver the specified wet mil film thickness in a highly uniform manner.  Importantly, the finish line personnel are comprehensively trained in the use of our coatings.  This is consistent with our “P3” concept or “Product (coatings) united with “Process” guided by “People”.  This integration is essential to making a smooth transition.

No one likes to admit there are negative production issues but once a level of comfort developed between parties it became evident that there were serious concerns regarding:

Admittedly, the finishing manager started each day hoping operations would go smoothly.  After the transition, however, the manager started each day confidently knowing that operations would go smoothly.  The value of knowing what outcome will result is incredible and six months later when the plant manager was asked how things were going, he remarked that finishing issues haven’t been a subject of discussion for quite some time as opposed to being a hot topic in past meetings before the transition.  He also shared the fact that in spite of the increased cost for primer and topcoat on a per gallon basis, the resulting operational improvements are on track to provide an annual savings in excess of $100,000.  Furthermore, the finish quality is far superior and reject ratios are below any level of concern.

These results have since been repeated four more times and what’s more remarkable is the fact that we don’t have a permanent representative on location at any of their facilities.  The products are engineered to work, are qualified in our lab where components are finished before shipment, delivered on time with the lab finished component.  There is no need for onsite adjustment of color, gloss or viscosity and, therefore, nothing for anyone to do but charge the finishing line and let production run.

From our perspective, we don’t hope our coatings work for our customers, we know they will because we’ve already used the same material according to the same conditions that our customer uses.  This is essential in the process of “Getting it Right” the first time.